G-SHOCK got its start with a single-page plan to construct a watch that wouldn’t break, even if dropped. It debuted in 1983 with a shock-resistant construction that overturned conventional wisdom on the fragility of wristwatches. Its unparalleled toughness and unique design has won G-SHOCK the support of users worldwide, with sales in more than 140 countries and regions and cumulative shipments of more than 140 million units.

The 40th anniversary Flare Red models, the MTG-B3000FR and GWG-2040FR, feature multicolor laminated bezels made with phosphorescent materials in the red G-SHOCK brand color. The design evokes solar flares, the massive eruptions of intense energy from the sun’s surface. Casio used a newly developed technique to laminate carbon and colored glass fiber sheets together and hew them into bezel form. Phosphorescent particles mixed into the glass fiber sheets create powerful designs that are stunning even in the dark. The bezel of every single watch has its own unique look, since the materials present a one-of-a-kind appearance depending on where in the lamination the bezel is hewn. A solar flare-inspired pattern printed on the dial with clear toner adds to the dynamic face design.

For the GWG-2040FR, phosphorescent particles are also mixed into the forged carbon of the lugs that connect the case to the band to create random patterns of wondrous glow-in-the-dark beauty.

The logo commemorating the G-SHOCK 40th anniversary, designed by world-renowned graffiti artist Eric Haze, is engraved on the case back. These timepieces also feature four stars to signify “40,” an extra-special touch for the first wave of models to commemorate 40 years of G-SHOCK innovation. 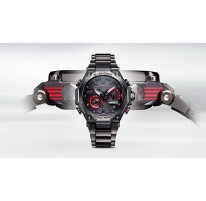 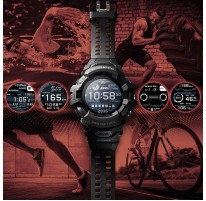 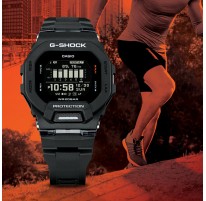 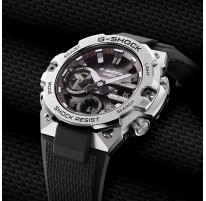 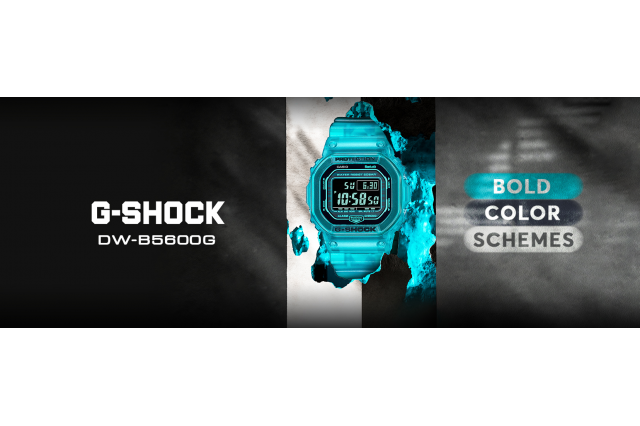 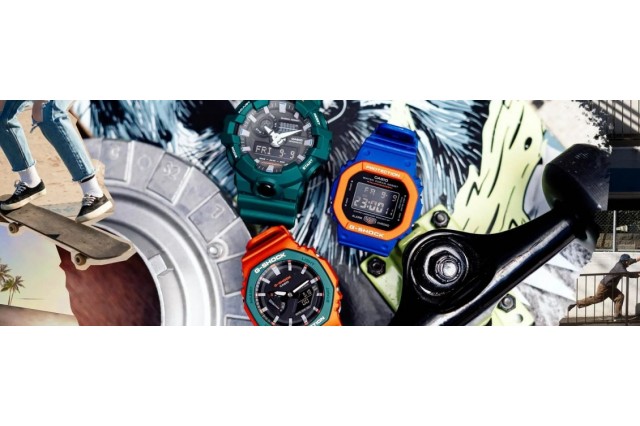